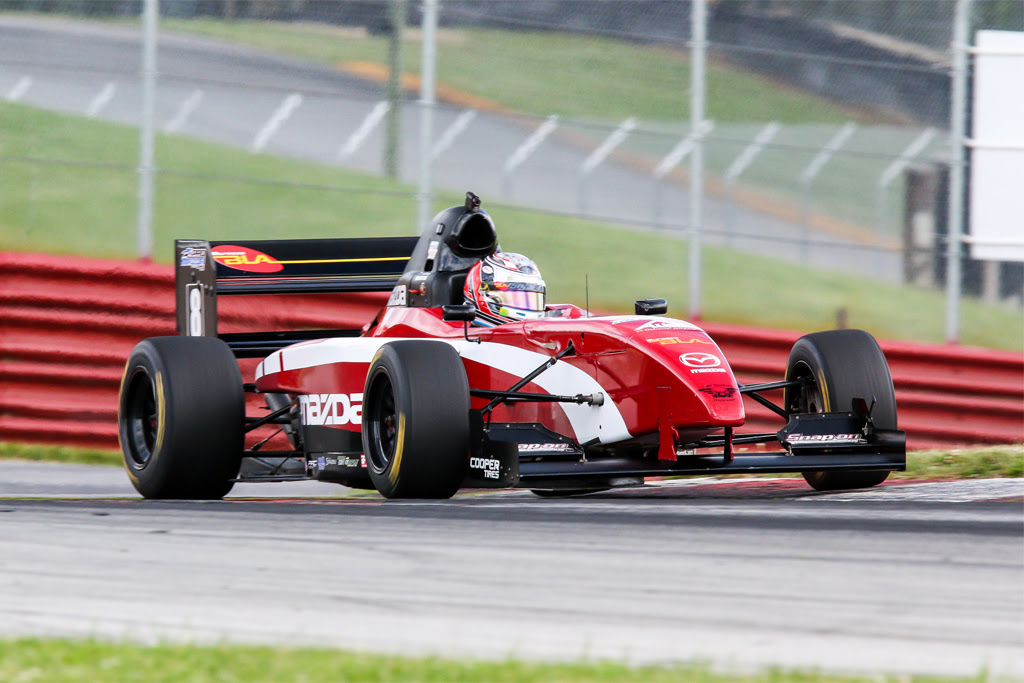 Salem, NH – The 2018 Atlantic Championship Series run by Formula Race Promotions (FRP) intends to expand its entrant base to include Pro Mazda entries. The Pro Mazda class will run for their own Championship and in their own class, while sharing FRP’s trademark abundance of track time with the Atlantic cars. In addition, Hoosier Racing Tire is working closely with FRP to develop a spec Pro Mazda tire.

A trial Pro Mazda program was run at Mid-Ohio in July, with two entries successfully sharing the track with the Atlantic cars as Series officials closely monitored how it would affect competition.

“After a thorough review of adding Pro Mazda into the Atlantic field, including observing two guest entries at Mid-Ohio, we are confident that it will seamlessly integrate into our operation,” said Al Guibord and Robert Wright, co-owners of Formula Race Promotions. “The Atlantic cars will still be the class of the field, with the Pro Mazdas running their own competitive pace at the same time.”

“There are quite a few cars out there not being utilized, sitting in prep shops or garages. Our message to their owners is to come and sample an FRP weekend. We offer three hours of track time and two races per event,” added Guibord and Wright.

Long-time Series partner Hoosier Racing Tire intends to conduct a tire test in the near future with the goal of developing a stable spec tire for Pro Mazda entries.