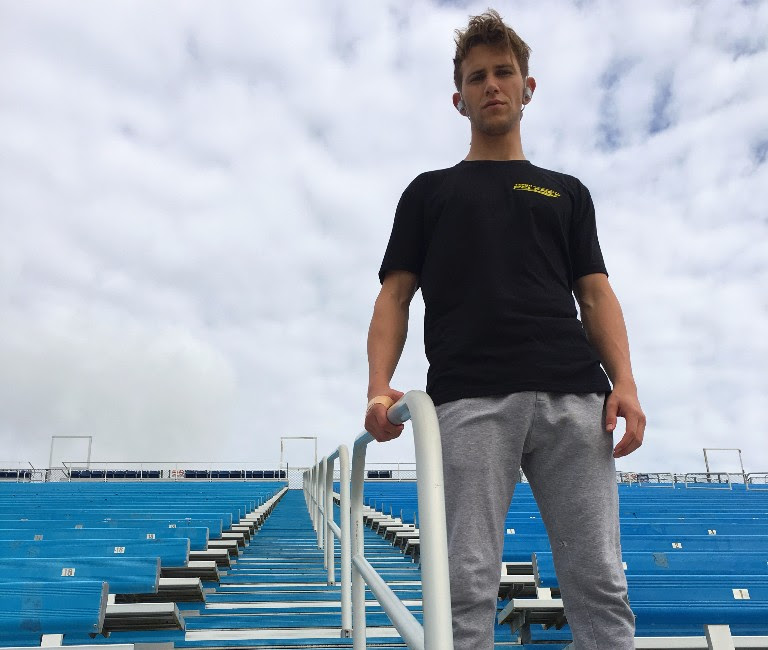 . The Fight For Air Climb is the only event in Los Angeles that challenges individuals and teams to ascend the entire height of the 858 foot skyscraper, the 3rd tallest building in Los Angeles.

Breathing is something that people take for granted, but there are many who struggle to breathe everyday. 23-year-old Fischer knows this all too well as he was diagnosed with asthma at a very young age. “I’m very excited to be a Team Captain for the Lung Association’s Fight For Air Climb in Los Angeles,” said Fischer. “I want everyone to know that living with asthma doesn’t mean that you can’t live your lives.  That’s why I’m inviting everyone to join my Climb team – #Race2TheRescue – to help the Lung Association raise funds for lung disease research and educational programs.”

Fischer suffered a severe asthma attack during a race in 2015, and ever since then, he has been a fierce supporter of those living with asthma. His participation in the Fight For Air Climb is an example of that, as well as his creation of Project O2, a campaign that vows to inform, inspire, and innovate a new path to asthma awareness.

Lung disease is the third leading cause of death in the U.S., responsible for one in six deaths nationwide. More than 24 million Americans have asthma, including over 6 million children.

The Fight For Air Climb is a unique and exciting endurance event that has been reaching exhilarating heights in Los Angeles for 10 years. Participants, like Fischer, climb individually or with a team to support friends and loved ones who are affected by lung disease including lung cancer, asthma, and COPD. Funds raised from the event go towards clean air and lung disease research, education and advocacy. The event is open for all fitness levels. For more information, to support or register, visit http://bit.ly/Race2TheRescue.