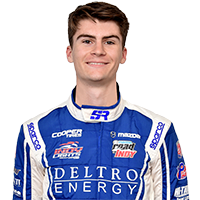 Starting from the pole position, Colton Herta scored his first Indy Lights Presented by Cooper Tires victory at today’s 45-lap race on the streets of St. Petersburg, driving the No. 98 Deltro Energy Mazda for Andretti-Steinbrenner Racing. The American rookie and son of retired open-wheel standout Bryan Herta, earns the team its first win of the season.
Herta joins the newly-formed Andretti-Steinbrenner Racing for the 2017 season, After making his formula car debut in 2014’s Cooper Tires USF2000 Powered by Mazda series, Herta moved to the UK-based MSA Formula series in 2015 as the youngest driver and only American. He snagged his first win at Snetterton Circuit while helping the United States to a Nations Cup win.
Competing in the EuroFormula Open series in 2016, Herta earned one win and three podiums in two British Formula 3 events last season.
Today’s win is the 31st win for the Andretti Autosport Indy Lights Presented by Cooper Tires Program. Since 2005, Andretti Autosport has earned two series titles (‘08/Matos and ’09/Hildebrand) and one Freedom 100 win (’16/Stoneman).
Andretti-Steinbrenner Racing fields one full-time entry in Indy Lights Presented by Cooper Tires with Herta. Andretti Autosport fields three other full-time entries in Indy Lights Presented by Cooper Tires with Nico Jamin (No. 27 Synova Mazda), Dalton Kellett (No. 28 K-Line Insulators USA Mazda) and Ryan Norman (No. 48 Flip Side Mazda).
——-
INDY LIGHTS PRESENTED BY COOPER TIRES
MAZDA INDY LIGHTS GRAND PRIX OF ST. PETERSBURG PRESENTED BY COOPER TIRES
RACE 2 REPORT
03.12.17
Race 2 from the streets of St. Petersburg, Florida, set up to be a successful event for the Andretti Autosport Indy Lights Presented by Cooper Tires team. Coming off a second-place finish in yesterday’s Race 1, Colton Herta led the pack to the green flag for this weekend’s final race. Dalton Kellett began closely behind, taking the grid from the third position – his career best start in the Indy Lights series. Nico Jamin was determined to pull his No. 26 Synova Mazda into a top-three finish, but his day was cut short when contact was made on Lap 1 after starting sixth. Ryan Norman continued to build on yesterday’s top 10, starting 14th and earning the ninth spot.

Fans can catch coverage of Race 2 from the Streets of St. Petersburg Saturday, March 18, at 2 a.m. ET on NBCSCN.

Up next, the foursome takes to Barber Motorsports Park April 21-23 for Rounds 3 and 4 of the Indy Lights Presented by Cooper Tires 2017 season. 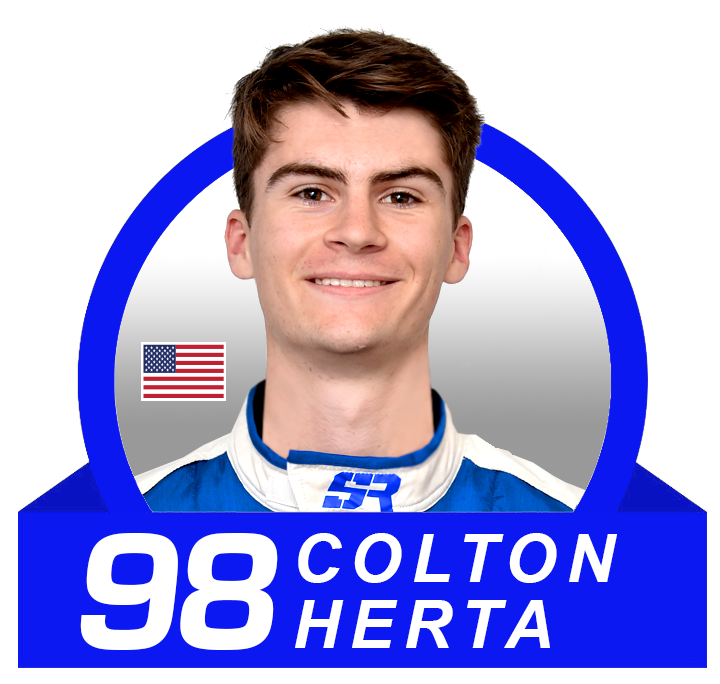 “It’s amazing to come back from Europe and into the Indy Lights paddock and be winning right away. It’s a good start and we’re going to keep it rolling. (Urruita) is probably the toughest person out here right now because most of us are rookies, and he knows the tires, he knows the car when it’s all cold. For sure it was hard to hold him off, but we ended up doing it and had a gap at the end. I was pushing hard, harder than I did in qualifying. My heart rate is up right now!” 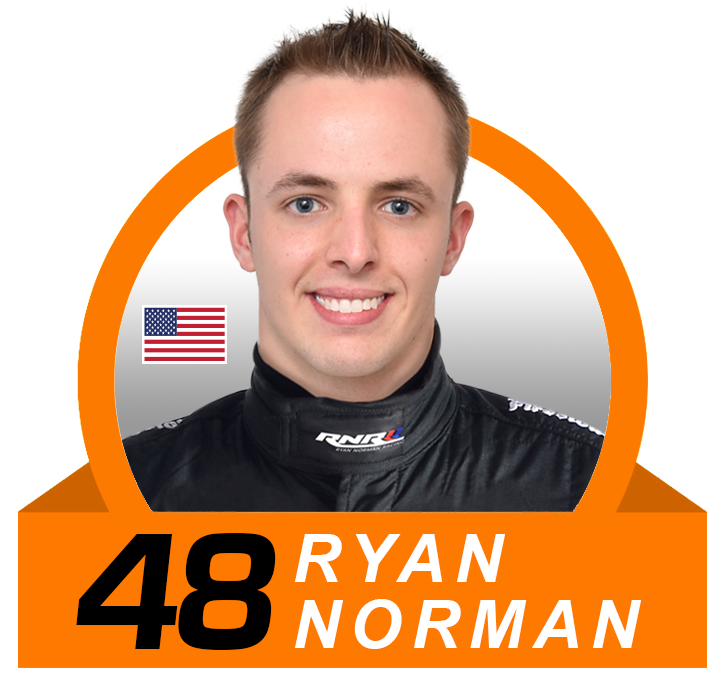 “The race went pretty well. I didn’t get the best start and spun out going into Turn 2, I lightly clipped the inside curb there because there was no room. Luckily, the double yellow came out right after and I was able to catch up to the field and get a pretty good restart but wish we could have been just a little bit better and a little bit closer. When the two guys in front of me went into Turn 1 and kind of were fighting there and I did an over under move on through them and was able to pick off those guys. After that I was able to hold the pace. There are some things we can definitely work on from this weekend, but for the first time being in St. Pete and on a street course, I am pretty happy with the results. I think we will be really fast on the permanent road courses like Barber where I have more experience. Going to take these couple weeks we have off and train hard and come back for the next race even stronger.” 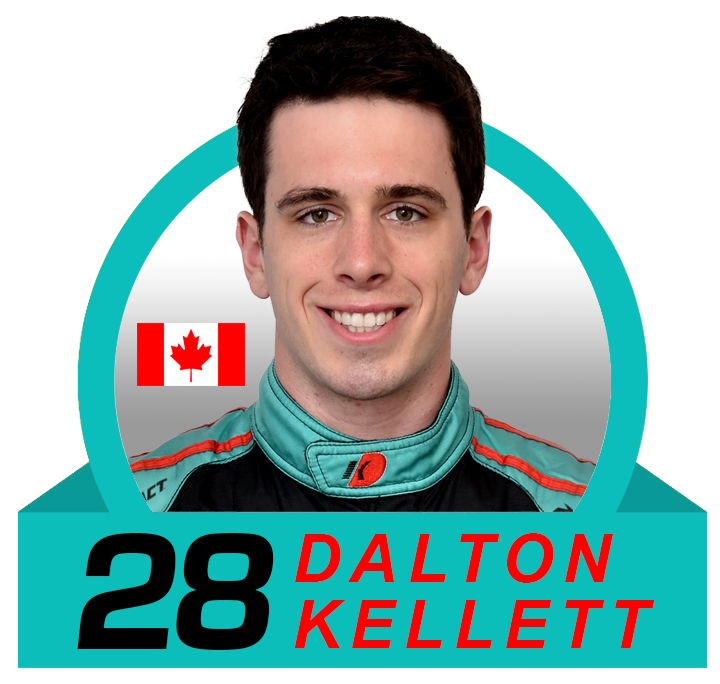 “Frustrating end to our day. We started third and thought we had a good car and our brakes were good during the race. I need to look at the video and data to see what happened when I lost it out of Turn 9, I’m really disappointed with that. We have a bit of a break between now and Barber where we know our pace is quick. We were good there last year so looking forward to getting some good runs at qualifying and hopefully getting a podium next race. Congrats to Colton for P1. Overall good result for the team, but a disappointing day for us.” 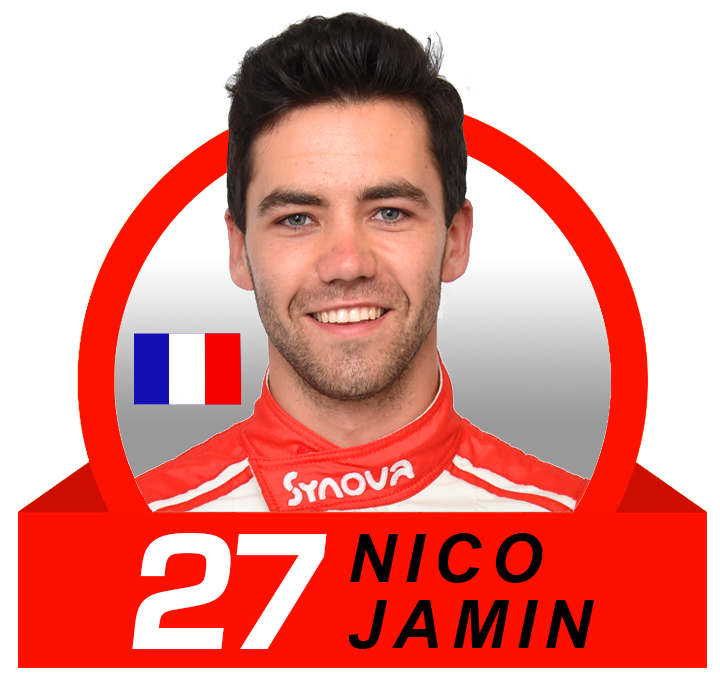 “I got through Turn 1 nice and clean, and then I went through Turn 2 and I had the advantage. I was in front of [Alberico] and there was just no room for two cars there. We touched which sent me into the wall and ended my race. I am okay. It was not big contact, I mean I just clipped the wall and ended my day. The Synova crew gave me a good car and now we’ll just have to fight to earn points in Barber.”
category: Andretti Autosport
« St. Petersburg Sunday – Indy Lights Race #2 – Results and Notes
Rookie Colton Herta Romps to Indy Lights Championship Lead  »